Love Your Guts! Post 1 – The Beginning. Baby is Born. 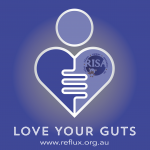 So there is much discussion around at the moment about what a healthy gut looks like. There’s an extraordinary amount of research going on to determine what the function of that ecosystem of bugs living in our tummies is there for. So I thought we’d start this week with some excerpts from a two part series shown on ABC’s Catalyst program last year. It took people though a variety of information about our guts, what lives in there and how what we eat, drink and use as medication, might impact on all kinds of health issues. Importantly though, there are LOTS of factors to discuss so please don’t start blaming yourself as you read the following exchange and start talking blame because of the way your child came into the world or the way you’ve had to or chosen to feed them. This is just to help us think about little tummies and big tummies and how we can make them better.

Catalyst: Gut Reaction – Episode 1. Aired ABC TV 14 August 2014
Narration: Food – it’s a wonderful thing, yet an everyday thing. Who would have thought new discoveries about food would be getting scientists so excited?
Professor Charles Mackay: I think this is one of the biggest developments in medical research. I really think we’re encountering a revolution. Maybe we can prevent diseases by simply changing our diet.
Narration: The remarkable new discoveries are telling us that our current eating habits could be making us sick. Very sick. Indeed, our food might be contributing to heart disease, cancer, asthma, allergies, arthritis, autism, depression, multiple sclerosis, diabetes – the list goes on. So lets start at the beginning:
Narration: During the messy process of birth, a newborn gets covered in microbes.
Professor Rob Knight*: If you were vaginally delivered, the microbes that you’re coated in initially mostly come from your mother’s vaginal community.
Narration: Baby also acquires some of mum’s gut bacteria from traces of her faeces.
Professor Stephen Simpson: It always struck me that there was apparently a poor piece of design, and that is that the vagina is terribly close to the anus and usually there’s some mixing of the two.
Professor Charles Mackay: A bit like inheriting a gene, you can also inherit the bacteria from your mother.
Narration: And nature’s even provided food for those fledgling gut bugs. Mum’s milk has more than just nutrients for the baby.
Professor Rob Knight: Breast milk contains a lot of sugars that the baby can’t metabolise, but they’re important for promoting the growth of particular kinds of bacteria in the gut that are good. Also there’s increasing evidence that the milk itself is produced with bacteria in it.

So, do you think the birth of your child or method of feeding has had an impact on their reflux or their general health? If not, what do you think has been the main contributing factor? Join the conversation on our forums at RISA Members Forums.
If you’re not a member, you can join us here. If you are already a member and are unsure of your login details this page might help you.

For the full text or the full episodes, go to Catalyst Gut Reaction Part 1.

* Professor Charles Mackay is the Laboratory Head at the Centre for Immunology and Inflammation, Monash University
* Professor Rob Knight is the co-founder of the American Gut Project, director of the Knight Lab and a professor at the University of Colorado Boulder in Biochemistry
* Professor Stephen Simpson is Academic Director of the Charles Perkins Centre and Australian Research Council Laureate Fellow in the School of Biological Sciences at the University of Sydney.