This book is simply awesome. Get it and read it. It’s available from the RISA library but I thoroughly recommend buying it. 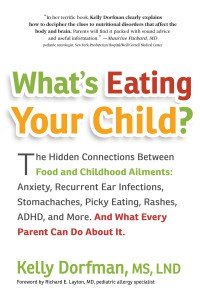 In fact, if you’re a reflux parent, I’d be keeping a copy of this, Reflux Reality and Colic Solved on the shelf. And use the regular baby books to prop up the cot!

Read on for information about alternative treatments to reflux medications, appetite stimulation and long term use of laxatives.

Here’s why it is awesome. She basically argues that if the first rule of medicine is “to do no harm” then we should be trying nutrition as medicine before we use the pharmaceuticals. Makes sense. (Admittedly, very hard to do when you’ve got an unremitting screamer on your hands but worthy of consideration). She is an author who understands reflux and how difficult it is to manage. She does not belittle the condition at all. She is well versed and her book is both easy to read and intelligently argued.

Cow’s milk protein intolerance in babies AND older children
She simply argues that food allergy and intolerance can cause merry hell (including reflux symptoms) in all ages of children and adults and that attempting to eliminate it from the diet is something that should be tried. It can produce surprising results. As can soy and gluten elimination. In particular she explains why cow’s milk protein is extremely difficult to digest for many human children – basically, it is intended for cows who have four stomachs and who, in order to digest said milk, actually throw it up and regurgitate it into their various stomachs. Given we have one stomach… enough said! And she provides very simple, easily digestible strategies for eliminating it from the breastfeeding mother or children’s diet. She argues that where a child is over 2 years of age and still on PPIs with no seeming end in sight, it may be worth again eliminating dairy and then soy from the diet. It is a compelling read.

But in a sense, that’s just the tip of the iceberg of wonderful advice she offers in this book.

Zinc to increase appetite
She argues that often children, who are necessarily on PPIs to control their reflux, will have a reduced hunger drive because the PPIs interfere with the body’s ability to absorb zinc. Zinc is a necessary driver of appetite and its reintroduction in supplemental form can do wonders to a child’s appetite. I have recently added zinc to my child’s diet and have been able to remove Periactin (a anti-histamine used to stimulate the appetite).

L-carnitine for constipation
Further, she argues that children who have trouble coming off osmotic laxatives in her view often seem to have poor or low abdominal muscle tone which is relatively common but often not particularly noticeable except for symptoms of constipation. She says the clue, to this being the issue, is when fibre is added to the diet and it makes things worse rather than making it better. In these cases, she has found that adding a protein called L-carnitine works well to help build muscle tone. Its chapter 8, “The little colon that couldn’t” and she retells the story of a little girl who was three years old and had been on osmotic laxatives for 2 years, still with issues around constipation. They basically titrated across over about a month. 1/4 less laxative + small dose of L-carnitine for a week. Then to half dose until they’d removed all laxatives and she was just on the L-carnitine. It’s one I will be discussing with our medical professionals in the near future. 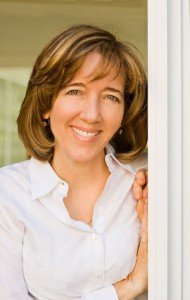 Other matters
She delves into sleep issues, anxiety, rashes, picky eating, ADHD, ear infections and many other ailments and provides clues for what might be going on in terms of sensitivity to food substances or additives or deficiencies in essential nutrients and their effects. The entire book is worth reading – cover to cover.

With the author’s permission, we will be trying to add some of the relevant information as a reference to some of the sections of our website where it may be applicable.

I strongly recommend this book to anyone with a child with ongoing reflux-related (or other) issues.

Written by Joanne Matthews
Published May 2013

Back to May ’13 Newsletter